Friends Of Chuck (FOC) is a professional security network group that exists for the purposes of networking, locating employment, exchanging business opportunities, discovering new emerging security technologies and sharing the information that FOC members like you, your companies and your organization need to know! The FOC is an extensively broad network of 100,000+ Friends Of Chuck security professionals across the globe. The common connection is that you know CHUCK and CHUCK knows you!

FOC is your one stop shop for all things Cyber. We have extensive resources and relationships in cutting edge tech and more!    >>

We’re not an attorney, but we should be! Understanding the legal nuances of the security industry is important and we can help through our FOC relationships. PS: If you get arrested CALL ME! We know people. >>

We can help you understand the IOT and physical/digital hardware/software solutions in a dynamic technological market within the security space. >>

Starting a new business you need insight and strategy in the security industry? FOC’s in-house team can provide unique industry insight to help your business increase your ROI.  >>

Friends of Chuck is international and we know the security business! Need a Market Study? White Paper? Extensive insight in to the ever moving parts of the Security industry? Call us! We’ll get you taken care of.  >>

Friends of Chuck (FOC) is mobile!

-Stay plugged into what’s Hot in Security
-Access job postings on the go
-Find Chuck! Stay Connected to events near you 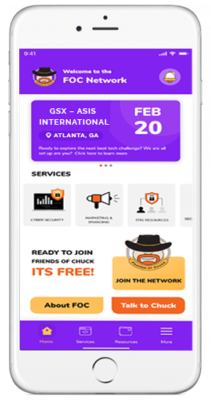 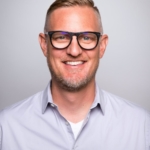 When I first met Chuck at an ASIS International event years ago, I was curious as to who is this guy with a black hat, pins and a foundation. He immediately struck up a conversation, offered me a pin and "checked in" with his customary how are you doing and vigorous handshake. I felt welcome. It was only after that that I realised the impact that Chuck has on the security industry. He embodies the openness and connectedness of what is required in a perfect networker. Since that first time, he has always "been there", available, accessible and willing to share insight. Thanks Chuck! 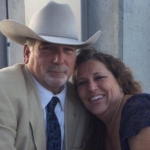 The team at Storyteller Promotions and its parent company, O'Hana Services, are long term members and proud partners of the Friends of Chuck. Both the organization and its founder "Big Chuck" are dynamic forces in the universe with a vision of what relationships can and should be. Friends of Chuck offers professionals an unusual opportunity to join together with like minded people for the common good and mutual benefit.
Proud to be a part of this outstanding organization. 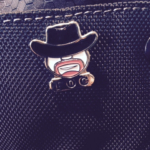 Chuck,
I have permanently affixed my FOC pin to my backpack. This year alone you have been with me in 15 states and five countries!!! Wowee big fella!!!
Send me some more pins so I can share them with the flight attendants!!!
All the best, brother!!!

Richard Widup, Jr. Chairman of the Board at ASIS International Chicago, Illonis

I greatly appreciate Chuck’s efforts on my behalf at the 27-28 April 2016 ASIS Conference. Chuck’s a big guy, but he’s dwarfed by his friendly, action oriented personality. It’s hard to find the right fit in this disconnected world, but Chuck won’t hesitate to jump in and facilitate smart linkages for those around him. Taking time to meet a military veteran and assisting his transition to the civilian security sector demonstrates who Chuck is and what he stands for; deeds not words. Thanks Chuck. 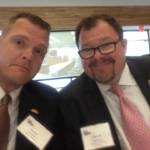 I met Chuck a number of years ago at a CSO Summit with ASIS International. Since that time, I have gotten to know Chuck as a trusted friend, colleague and a valuable/vital source for anything I need in the security realm. Without a deep network, a security professional is truly doing a disservice to themselves and/or their employer, so therefore connecting with influential leaders and individuals such as Chuck who have a well-established, diverse and massive professional network is really the key ingredient to success in our industry. Being a professional in our industry is all about leveraging relationships and helping one another out. There is a reason why everyone knows Chuck Andrews and the celebrated FOC so if you are one of the few who don’t, you truly owe it to yourself and your organization to get onboard. Chuck is a man of compassion, integrity and has a passion for progressing our profession. Thanks Chuck!! 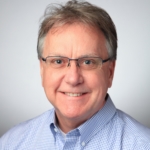 What an honor it is to know Chuck Andrews and often converse about emerging solutions that serve vital needs for our many mutual clients/friends. Speaking of “friends”, those who are “Friends of Chuck” are to be celebrated! I look forward to learning plus continual sharing in the near term so we can positively impact this great industry. 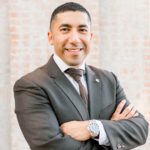 I wanted to give the Friends of Chuck (FOC) organization my sincerest “Thank you” and deepest appreciation for helping me find employment in the corporate security world. Prior to meeting “Chuck,” I was an Air Force Combat Controller part of the United States elite Special Operation Forces (SOF). I deployed multiple times with different SEAL, Coalition and Special Forces teams during my career. I received two Bronze Stars, one with Valor, which was awarded to me on my last combat deployment. I left the Air Force after 15 years, because I knew that what I did for my country would not translate into the business world. I was eager to take control of my life and start the next chapter of my life. I knew it would be a difficult journey, but I was very optimistic because I consider myself a smart, well rounded man, and I already had a business degree.

I enrolled in an MBA program shortly after my honorable discharge in September 2013. I tried my luck at different jobs to just pay the bills and I began to lose hope in the civilian world. I eventually took a temporary position at the Texas Senate as a policy analyst in March 2015. Unfortunately the 84th session ended in June and I was out of a job again. Just when I thought I should go back to the battlefield, Chuck called. He relayed he had a possible opportunity with a very well known corporate security company near my home town of San Antonio, Texas.

On September 8, 2015, I will start my first day as a security manager for a very successful and trusted company in Seguin, San Antonio, and Schertz, Texas. I am forever grateful in the confidence, support and trust Chuck and FOC has in me. Lastly, it is of great comfort to me that there are Americans like Chuck and his organization who are willing to support SOF operators during their transition into the civilian world. 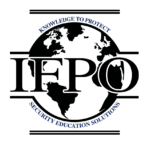 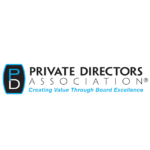 Sign up today to join the network and gain access to the best security resources, expertise and friends:
Connect with Chuck
Find events in your area
Learn about jobs in security
Exchange business ideas
Dream big! Get stuff done! Know how to have fun!